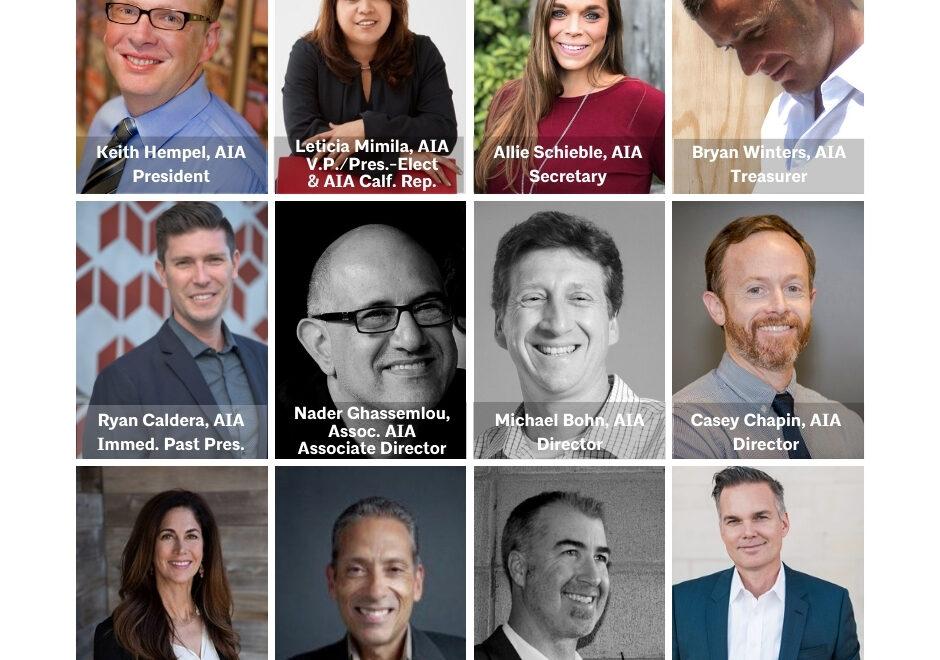 Announcing the slate of candidates presented by the Nominating Committee for election by the membership:

Additionally, the membership shall vote on the following positions of Board members whose terms have yet to expire:

Members elected on October 7 will join the following whose terms have yet to expire:

The Board of Directors may consist of up to twelve (12) total members, each serving for two years unless otherwise noted, and includes the following positions (refer to section 6.3 Officers and Directors of the AIA LBSB Chapter Bylaws for position information):